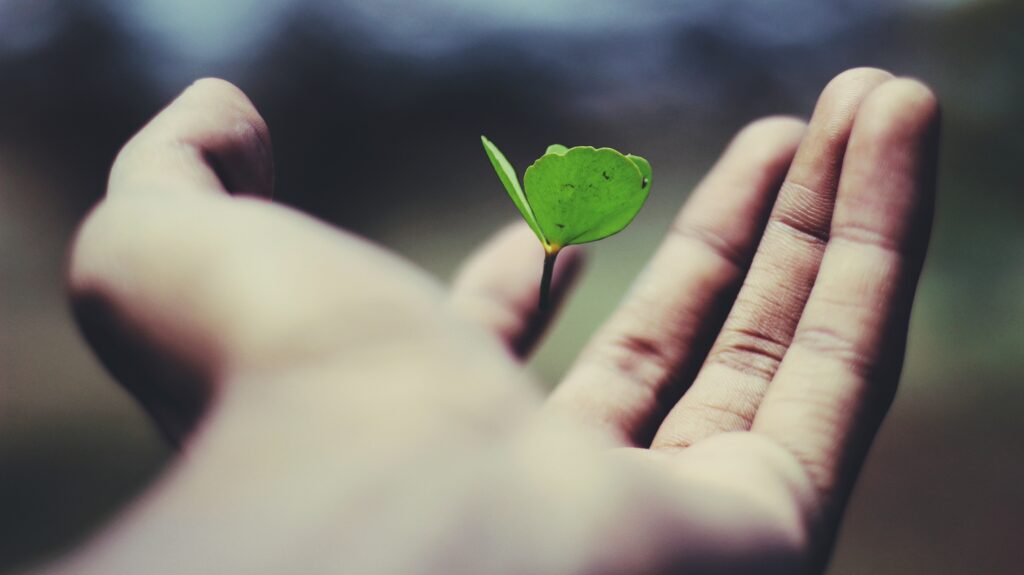 “Life is an endless manifestation of possibilities. When it is realised that limitation is a product of the imagination, and not a fixed reality, anything becomes possible.” Lisa Cairns

Have you heard about the flea experiment?

The one used in growth-mindset training about the fleas that were in a container with a lid on, which meant they could only jump to the height of the lid. When the lid was removed, they continued jumping to that height — conditioned to that as the ‘safe’ height to jump.

Piers introduced me to this idea in the context of invisible lids of thought which limit what we believe is safe or possible.

In the past I believed I needed to flip that invisible lid over from ‘I can’t’ into ‘I can’ — to actively reprogram my brain with a new, positive, growth-orientated thought. But ‘I can’ is no more true or free than ‘I can’t’. In believing ‘I can’ the mind has just adopted a new (apparently shinier) thought-lid but which feels just as fearful to step outside of — ‘now I’m doing so well, what if I can’t keep delivering to this standard now??’.

Usually the mind sweeps these examples under the carpet or dismisses them with some apparently logical explanation. It doesn’t like stories that don’t conform to its thought-lid rules — it thinks they’re dangerous.

But if you’re open and curious with this, past examples that defy the apparent ‘rules’ will come to mind, or life will bring you new experiences to test this theory out with, to see how the lid you think is there, isn’t. Because until you see it for yourself, it will remain a nice theory, a belief, or an idea. I can’t give you this — nobody can — its only impact is when you see it for yourself

Once you see it — that sometimes your behaviour lies outside the limit of the thought-lid — you’ll really see how the mind has no idea about what’s happening ‘out there’ — it’s just busily retrieving old lids from the cupboard and matching them with other lids; and only doing this sometimes.

This is the only thing this aspect of the mind can do — play a matching game with old thought-lids. And it is fine, because the discomfort of the false limitation of lid-matching is designed to wake us up — to shake us out of the confusion of believing the thought-lids as solid-fixed-definite-lids, to drop us back into the reality of the moment — this moment, right now — where we rediscover the clarity and wisdom and obvious action for this very moment, right now.

My client had a great example of this

We’d had a conversation about the invisible lids of thought around ‘how long is needed to design a workshop’. There were thought-lids about the amount of time needed to research, the need to take some time out for walking so things could percolate, the need for an overnight sleep because ‘ideas come in the shower the next morning’, the need for ‘those few extra hours’ to meet the deadline. All underpinned by an idea of needing it to be perfect, to be a high standard.

And then all of these thoughts-lids battling against other lids saying ‘but it’s taking too long’ and ‘it’s always a rush at the end’ and ‘why can’t you just get on with it’.

As we explored the apparent solidity of these lids, they started to dissolve. Times in the past when a walk hadn’t been needed, or a sleep. Questionning what counts as a ‘high standard’ — how would you know?

Examples came to mind of when proposals had been delivered in no time — ‘oh but that’s a proposal, not a workshop’ said the mind, in an attempt to dismiss the evidence that something could be created in less time. But then more examples where content which had flowed had been so much more impactful than content that had been pondered over and tweaked.

We weren’t trying to change the thought-lids. My client wasn’t ‘trying’ to get rid of apparent limiting beliefs but, through the inquiry, the convincing nature of these lids was losing its grip.

And sure enough, over the next week, a proposal needed to be done with only two hours to do it in. ‘It can’t be done’ chirps up the mind, ‘you don’t have long enough’.

Seeing the thought-lids for what they were, they dissolved in the moment — no effort required to overcome them, no attempts to convince herself ‘you can do it!’ — just a noticing, a seeing — and 45 minutes later the proposal was sent.

You really don’t need to work hard at this. You simply need to see how it’s working — because you’re already beautifully designed to wake up from thought-lids — you can’t be contained by the limit of those invisible ideas.